On my trip in July I had to cut back an intended walk from Aultbea to Poolewe on discovering my flight home was cancelled. At that point I had already planned the walks I intended to complete on this trip in September. I didn’t want to “lose” a day on this trip by doing the remainder of the walk between Poolewe and Aultbea as a half day so I tried to squeeze it in before or after other days walk so as to still reach the expected destination at the end of this trip.

I had already done the first part of this, as far south as Inverewe Gardens so now it was time to complete the second part, between Poolewe and Inverewe Gardens. I had already done a most of day walk earlier today so this was a late afternoon walk. On my way back from an earlier walk this morning I had to drive back to Ullapool where I was staying via Poolewe anyway so stopped here on the way back to do this walk.

I parked in the little parking area next to the public toilets at the south end of the B8057. From here I walked back to the A832 and then turned left along it, to cross the River Ewe that feeds Loch Ewe. 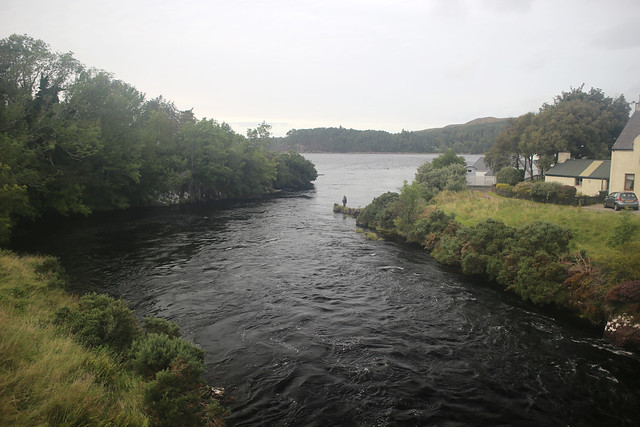 The road only has one lane of traffic (though the rest of this part of the road is two way) but at least it does have a wide pavement. Beyond the bridge I was pleased to see that the pavement continued, albeit more narrow.

Like a lot of villages in the North of Scotland, Poolewe is quite spread out and I passed houses on an intermittent basis. The pavement was on the coastal side of the road right along the back of the beach which was nice, though the beach was mostly pebble. 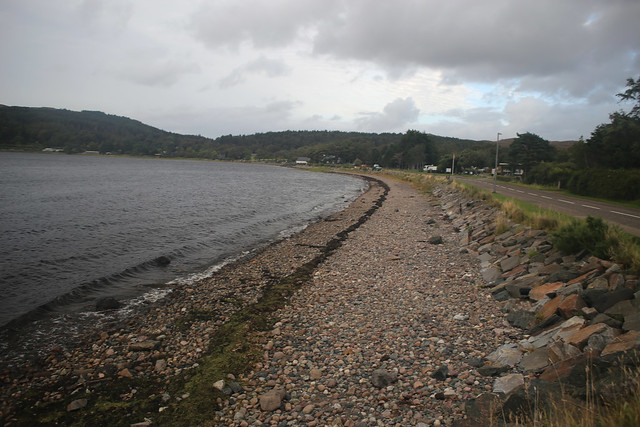 Soon on the right I was passing a large caravan park, which was doing a roaring trade. The somewhat tempting smell of barbecuing sausages and burgers was wafting across from the campsite!

After the campsite I passed a National Trust for Scotland sign that told me I had now entered the Inverewe Estate. I could see the end of the bay ahead with the pretty wooded headland that contains the gardens jutting out to sea at the end of the bay. 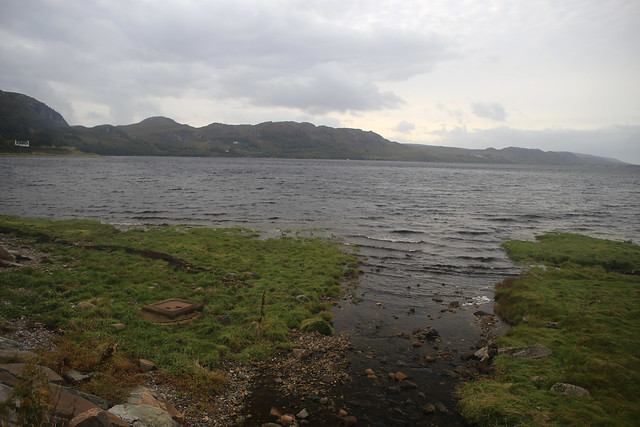 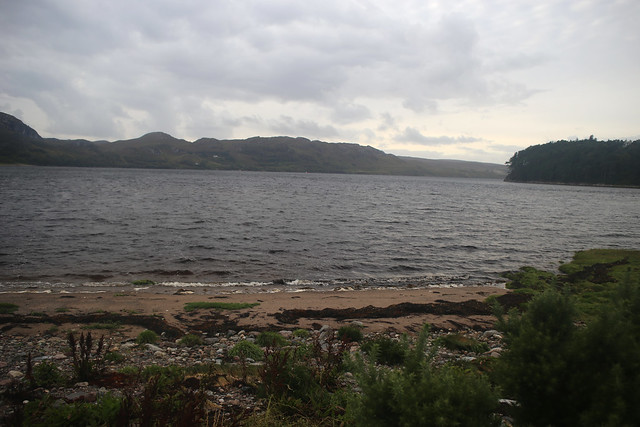 The speed limit on the road soon increased to 60mph but thankfully the pavement continued. 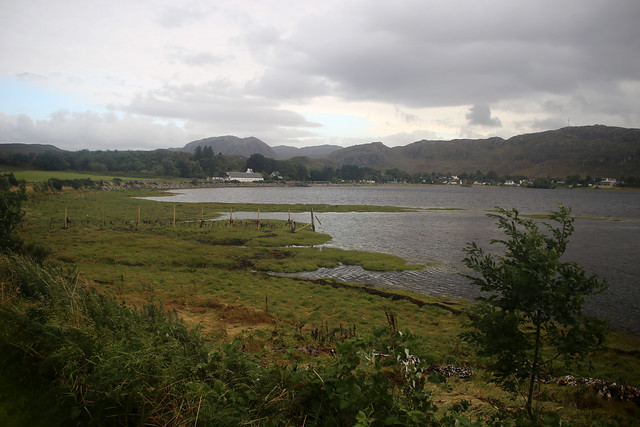 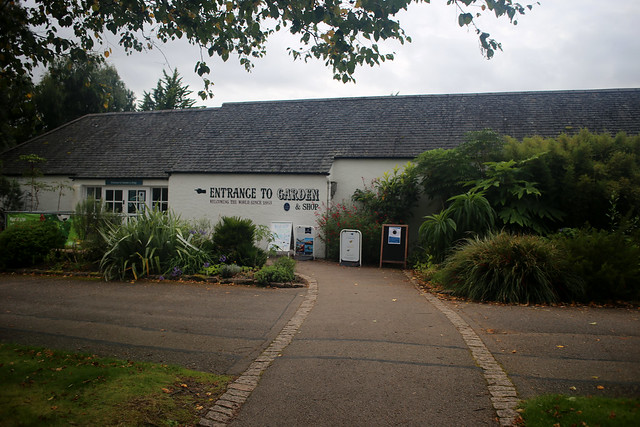 By now it was almost 6pm. so I walked back to my car at Poolewe, retracing my steps along the road. I then had a 90 minute or so drive back to Ullapool.

This has been a short but enjoyable walk and it was nice to have a walk where there were no issues with route finding and no dangerous road walking to contemplate because there was a pavement the whole way.

4 Responses to 342. Poolewe to Inverewe Gardens