Finally back to the coast

Well finally, after almost a year since my last new coastal walk I’ve made it back to a new (to me) part of the British coast with a week long trip to the north west coast of Scotland. This time I had to drive all the way (a round trip of approximately 1200 miles) since the thought of wearing a mask for a 12 hour train journey was too much, whilst it’s impossible now to book a flight without it subsequently getting cancelled, so it was really the only option.

It was great too be back and this time I covered the coast from Lower Diabaig to the junction of the Applecross pass and the A896 at Tornapress. With no public transport running at all in this area any longer, that meant I had to either do all circular or there and back walks or use a bike (which I did for some of the walks) which meant I covered more miles than the map might suggest.

It is one of the most beautiful, interesting and remote sections of coast I have covered. It will be a while before I write up those walks here so for now here is a photo from one of the walks. 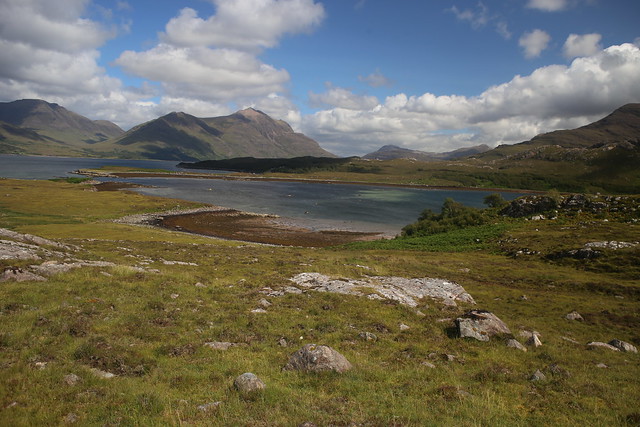 12 Responses to Finally back to the coast