3 days in to my trip of my 2015 I awoke to the predicted weather of heavy rain and strong winds. The forecast was for this to last for the entire day and it was also not particularly warm. I had planned today to begin walking northwards from Aberdeen. However I’d had two long days where I had covered a lot of miles and I was feeling quite tired and was not especially motivated to get out today and spend the day walking in the wind and rain.

I enjoy walking but it’s much harder to enjoy it in such conditions when not only is it uncomfortable but also visibility was poor. Also most of today’s planned walk would be along beaches and I really wanted to do that when the weather conditions were more favourable. One of the advantages of my approach to doing this walk (of basing myself somewhere fairly central for my planned walks and doing each walk as a day trip) is that I’m not committed to completing the days walk (regardless of conditions) in order to get to my next nights accommodation, for example.

So I decided to do something I very rarely do. I abandoned my planned walk for the day and instead decided to head into the centre of Aberdeen, have a look around, get lunch and then head back to my hotel.

One thing I sometimes miss is that by sticking to the coast I rarely have time (and often the energy too) to head inland to look at other things of interest I’m passing close to. From the coast I would see nothing of the city centre and as Aberdeen is the 3rd largest city in Scotland (after Glasgow and Edinburgh) I figured there would be something of interest.

Aberdeen is known as the “Granite City” because many of the buildings in the city are made out of this stone and that was certainly something I noticed.

From my hotel (Premier Inn Portlethen) I wandered down to the railway station, which took around 20 minutes. I had timed it for one of the infrequent trains into Aberdeen because overall this worked out a fair bit faster than taking the bus (as I had found, Aberdeen is quite a congested city so I preferred to travel by rail than road).

At the station a lady from some sort of local organisation was doing a survey of all the waiting passengers to find out where they were from and why they were using the station. She was hoping to put the case to the Government (and/or Scotrail) that more trains should stop at the station and that if this was done more people would use the station. She was very pleased to hear therefore that I was a visitor, lived many hundreds of miles away and was using the station to visit Aberdeen and that it was the first time I had done so. I guess it made a change from ticking”local resident communing into Aberdeen for work” which was the case for most other people waiting for the train. (The strategy seemed to work too. At the time, the station had a peak-only service. The service was increased to be much more frequent in May 2016 and from December 2018 it was increased so there is now a more or less hourly service).

Anyway having reached Aberdeen, I’m afraid I didn’t have a guide book or anything so simply wandered around the city streets looking at what I saw.

I suspect I missed some of the main highlights, though I did go in the cathedral. However here are my photos of Aberdeen. 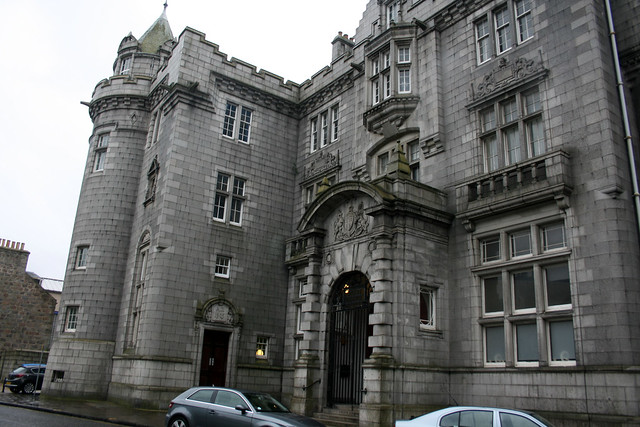 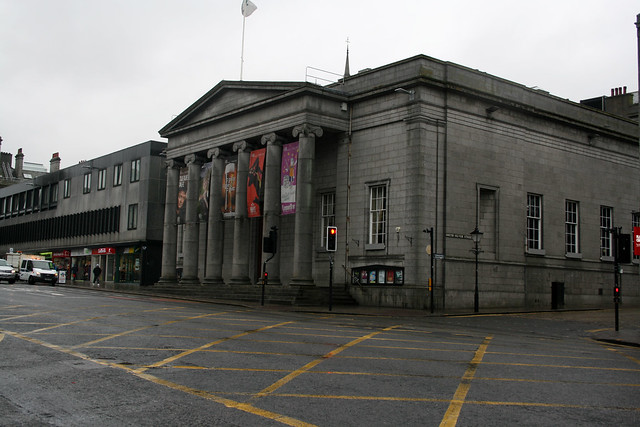 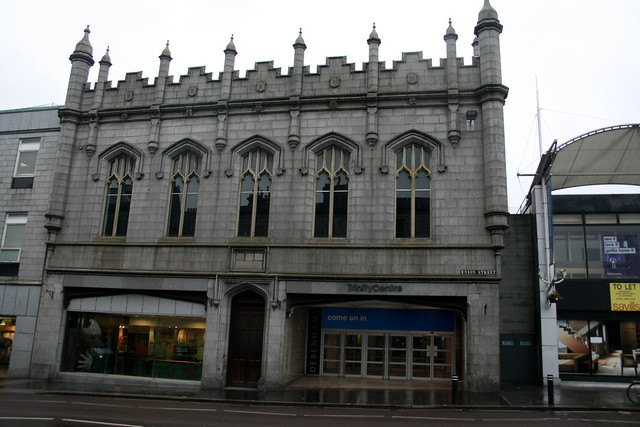 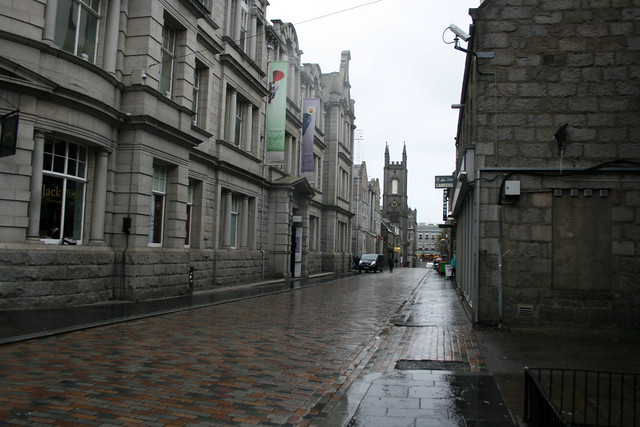 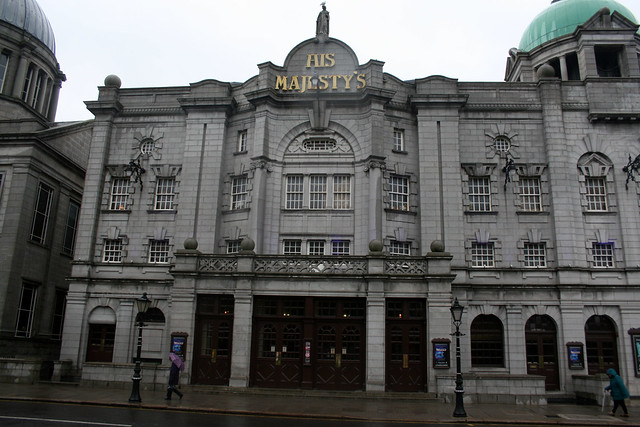 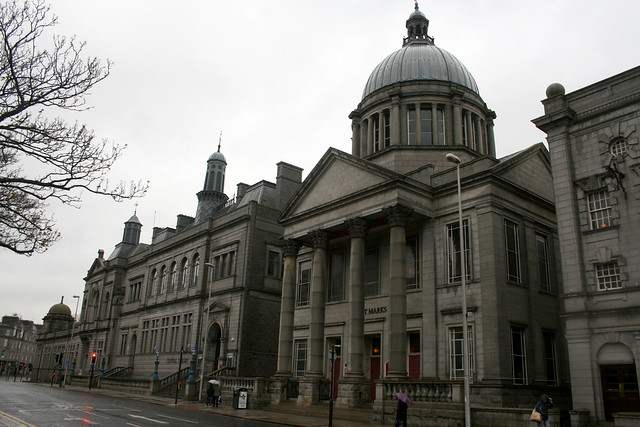 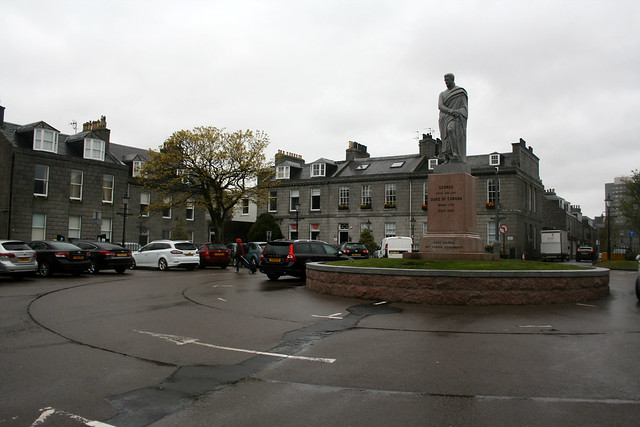 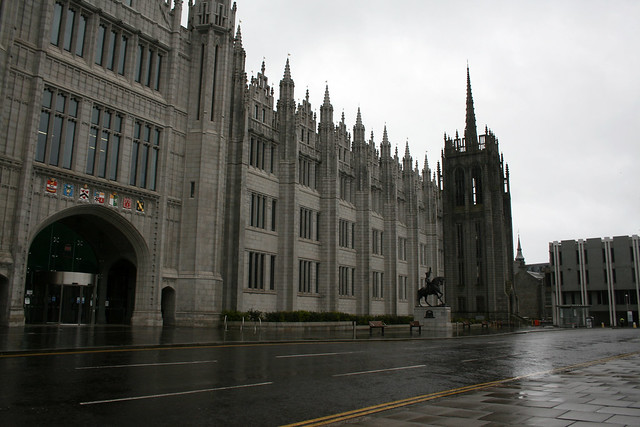 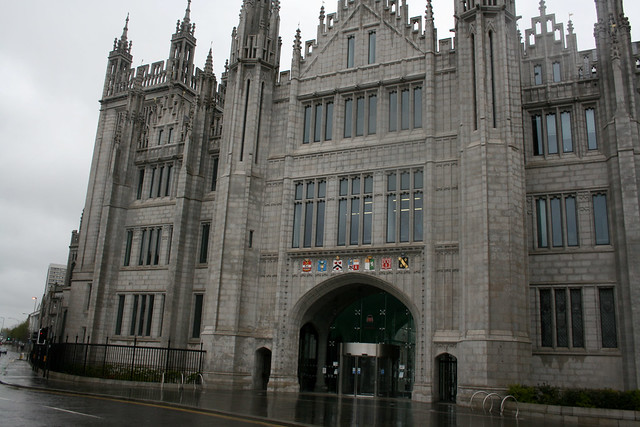 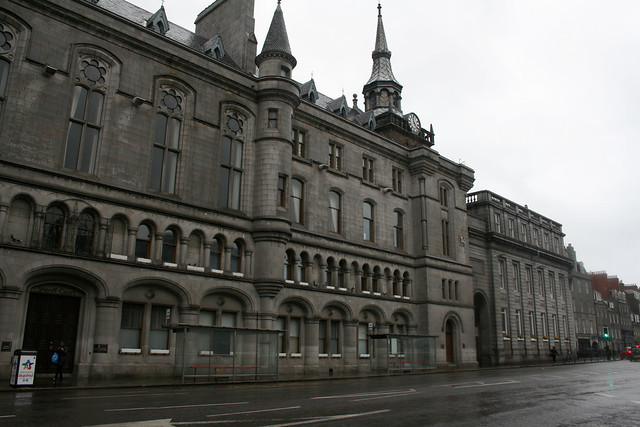 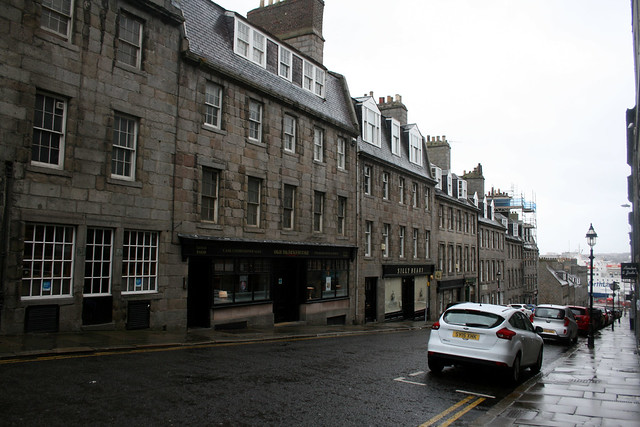 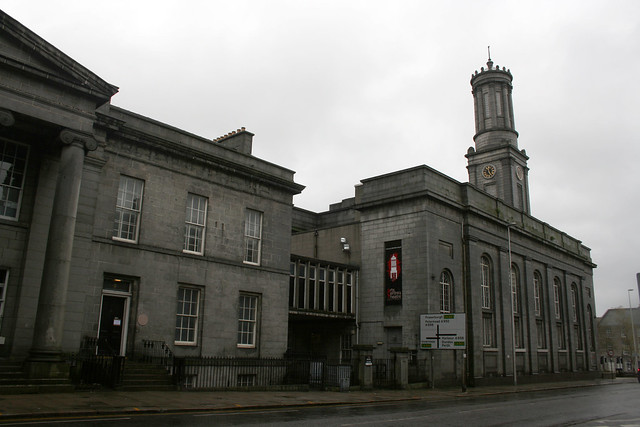 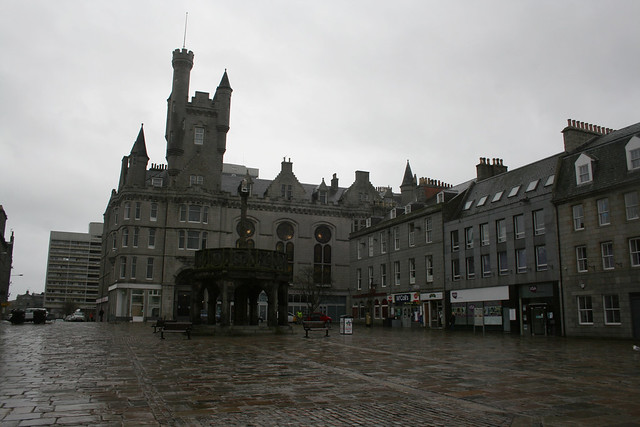 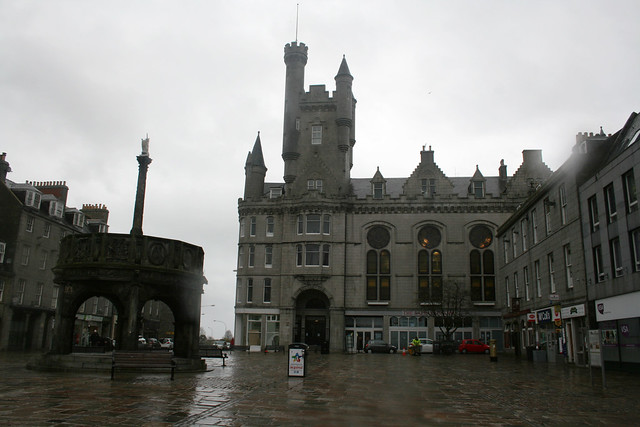 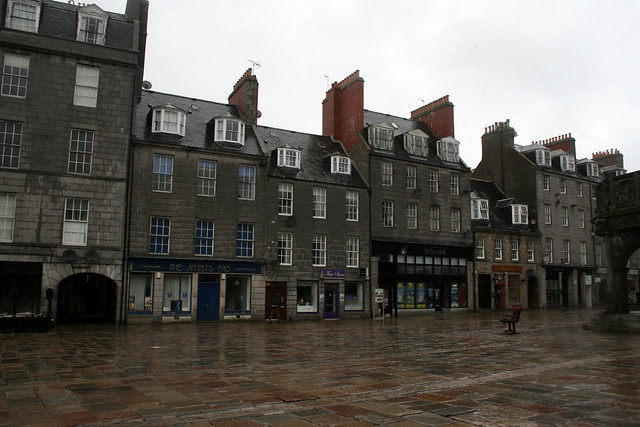 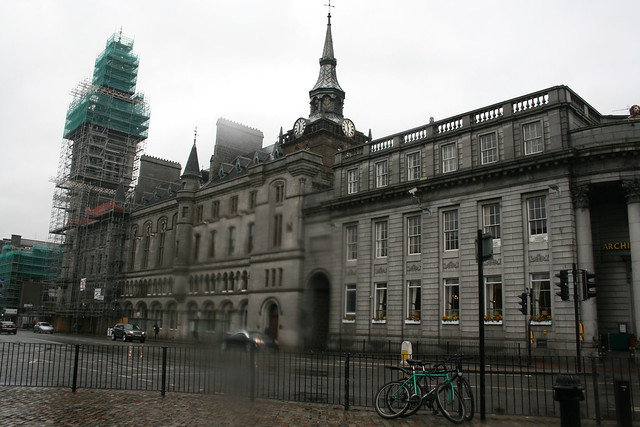 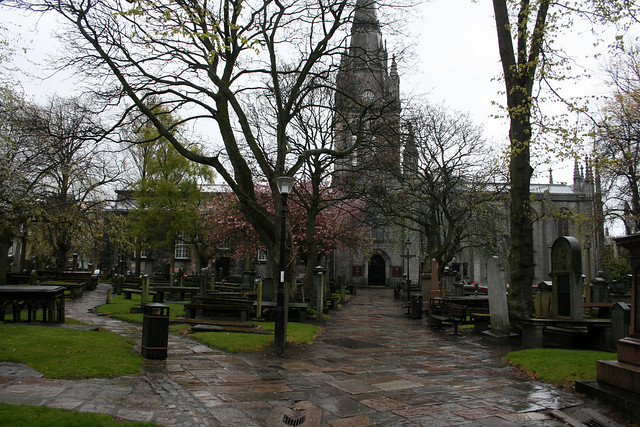 I quite enjoyed my wander around, even if it was shorter than I’d planned (it turned out there was not as much to see as I hoped and the weather meant even city-wandering soon meant I was quite cold and damp). It turns out on a very wet Sunday in May, Aberdeen is surprisingly quiet! The rather more restful day too meant I had far more energy the next day to for my next walk.

Postscript: If you detect my heart might not really be in this post you would be correct. I had considered skipping this day and simply writing up my next actual coast walk instead but I’m just not in the mood. My last new walk on the British coast was in September 2019. I had at the time of writing (March 2020) planned to resume my coast walk in less than 2 weeks time.  Clearly that isn’t going to happen now and I have been so looking forward to it over the winter, especially after what has been such a miserable winter with storms, and rain most weekends so far. In fact I have 5 trips to the coast of Scotland all booked up (and paid for) months ago for 2020 and am doubtful I will now be able to go on any of them.

I genuinely never expected in my lifetime there would the possibility that even going out of the house for a walk, alone, from my front door would run the risk of being fined or even arrested (as I believe is the case in Spain currently) or that I might have to print out and fill in a form justifying why I’ve gone outside at all and risk a fine if not (as is the case in France currently). I suspect we will see similar restrictions in Britain by the weekend, potentially making it illegal to leave the house other than for the purposes of buying food (which has in itself also now become very difficult given most of it is sold out by 9am). Since last week I am already not allowed to go to work anymore (instead mandatory working for home for all employees, at least as long as the heavily indebted company I work for survives), so effectively living at home in solitary confinement for the foreseeable future. I am not sure when I will be able to resume my coast walk (even when we are finally allowed out, which it seems could now be as much as 18 months time and growing by the day, will I still have a job or savings to fund it and will any hotels still be open or public transport running?) and I am beginning to wonder if I shall continue with it at all.