As we are nearing the time when the clocks change I’ve probably now completed my last new coastal walk of 2018. As you may know, I am miles behind writing up most of the walks I have done on this blog, so here is a map of my progress to date, as at 2018. (It’s high-tech and as you can see I spent a long time constructing it!) 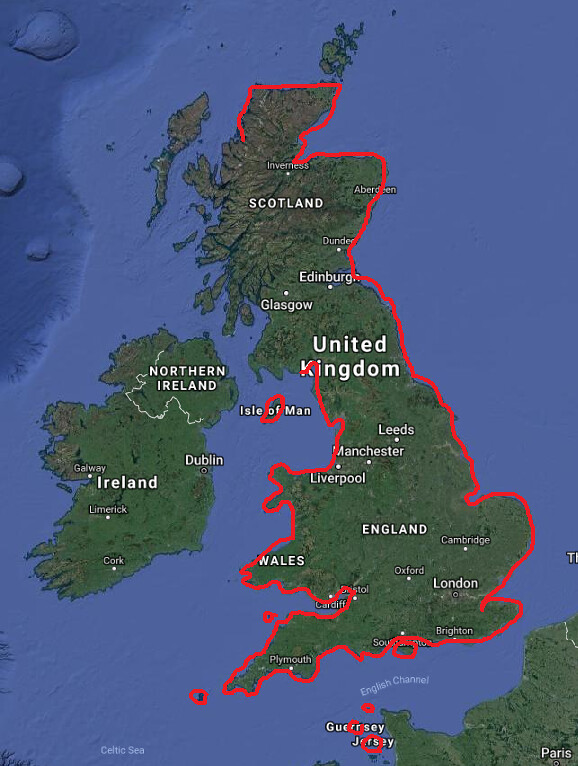 I’ve completed the coast of England and Wales, plus a couple of the crown dependencies (All of the Channel Islands and the Isle of Man) as well as other islands such as the Isle of Wight, Lundy and the Isles of Scilly.

I’m still not sure if I will also do Northern Ireland or not (though I do plan to do the Causeway Coast Way which takes in the Giants Causeway). Similarly for the many Scottish Islands (though I certainly hope to walk around some of them).

Sadly on my most recent trip to Scotland a week or so ago it looks like I may have lost the photos for a couple of my walks. Having filled up one memory card I swapped it for another, putting the full card in my camera bag (along with several others). However when I got home and tried to read the first card, neither my computer (I tried a couple) or any camera I own would read the card (the second one was fine, as were all the others in my camera bag). I did get it to read for about 10 seconds after which my computer reported that “the directory is no longer available” and any later attempt gave me the message that the card is not formatted and asked me if I’d like to format it (errrr, no).

The photos I may have lost are the walk between Stoer and Lochinver and a circular walk around the Point of Stoer to Clashnessie, other than a couple I took on my (not very good) phone. I’m a bit disappointing about this especially as on the last one I passed the beautiful rock formations at Old Man of Stoer in lovely evening sunshine. My local camera shop has been unable to recover the photos either. My last hope is a company in Dresden, Germany where I have sent the broken memory card which claims to be able to recover photos from memory cards where others have failed. Time will tell if they are successful. When travelling away from home by my own car I often take a laptop with me to backup the days photos at the end of my walk. Sadly I didn’t do that this time (as I was travelling by air, on a cheap hand-luggage only ticket, so did not have the space).

Update 29/10/2018: I’m pleased to report that the company in Dresden (Recoverfab) were able to recover 100% of the photographs from my broken memory card, which I’ve now been able to download, so if anyone else finds themselves in the same situation I strongly recommend them. Here are a few of my favourites. 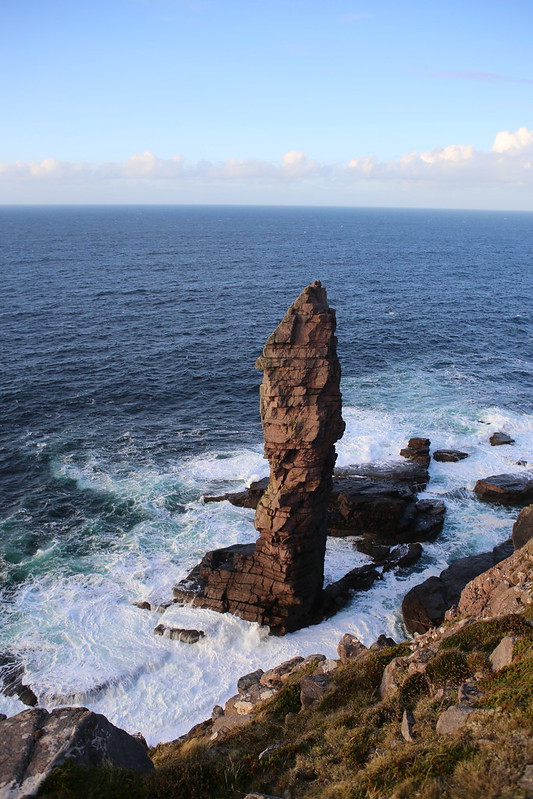 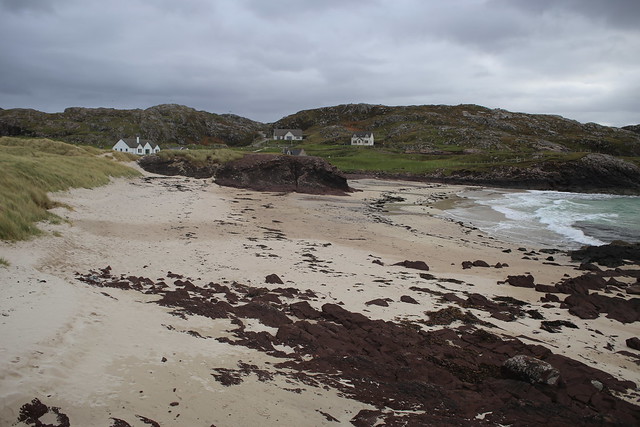 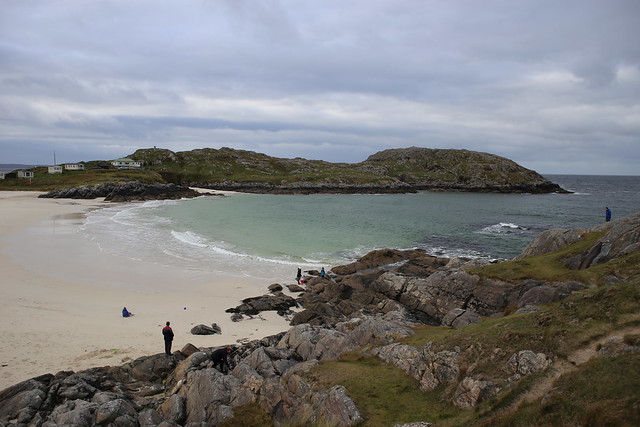 I’ve also learnt a lesson for next year. Accommodation in the North of Scotland is scarce and fills up early. On my most recent stay I had to book 10 months in advance in order to be able to get a hotel room for 5 days in a row in October (I wanted go earlier, but this was the first time I could find available rooms). Even then I ended up in what was rated the worst hotel in the town because it was all that was available. That means I need to start planning my walks for next year already. I’ve found finding accommodation in the North of Scotland is hard and what does exist, sadly, often seems to be of poor quality.

On that note, I’ll end with a slightly humorous “review” of the hotel I ended up staying in this time. As you’ll probably have guessed, I won’t be booking that hotel again (even if it is all that is available). It amazes me that not only do places like this still exist but seemingly have no trouble filling up their rooms. I guess that means they have no incentive to invest.

If you arrive at the hotel by car, your first impression might be where is the advertised car park. Having driven round the entire hotel you will then realise the entrance is the un-signed drive around the side of the hotel. As you enter the car park you might notice the exquisite collection of damp old mattresses the hotel seems to be curating, thoughtfully displayed in a skip in the car park, as well as an interesting array of mosses growing on the hotel roof. 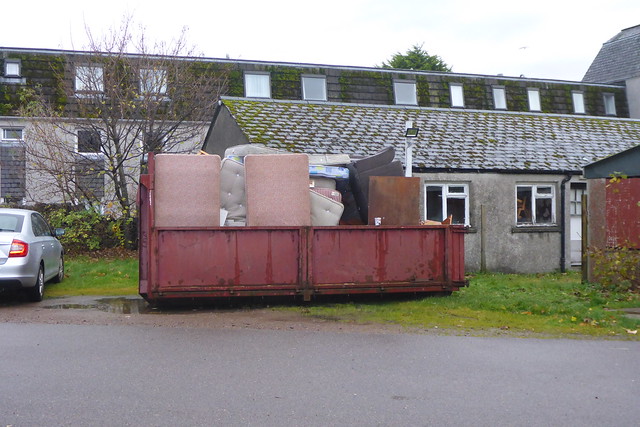 You can park you car anywhere you choose in the inviting car park, arranged around an interesting collection of mostly derelict out-buildings. The owners have helpfully marked the areas in which you can park with some clear signs. 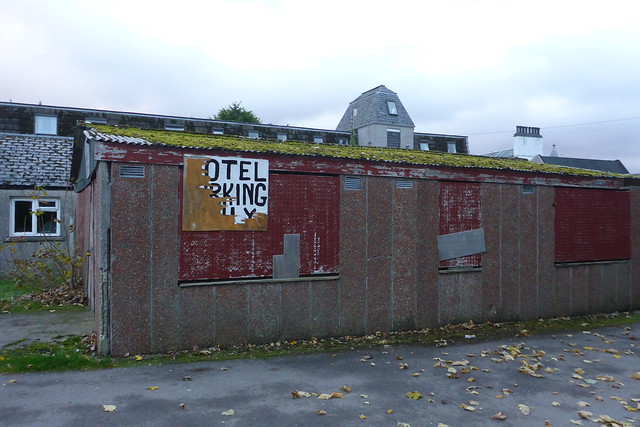 Before you enter, pause to admire the magnificent example of 1970s architecture, finished in attractive grey pebble-dash. 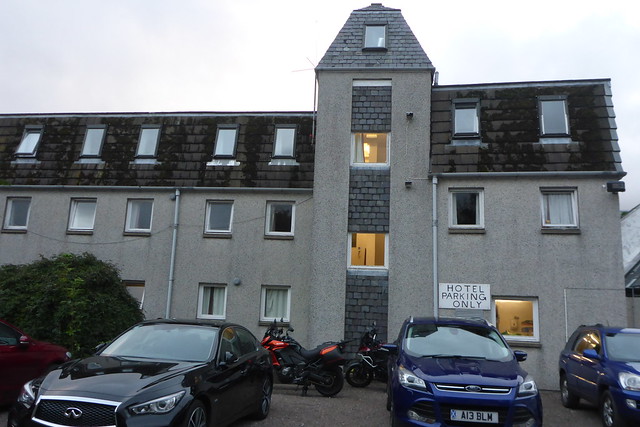 On entering the hotel you’ll quickly realise that all the beautiful period features of the 1970s are still very much intact (albeit somewhat worn) and the walls decorated by an interesting collection of mostly faded photographs. You’ll be greeted by a friendly receptionist (actually, she was very pleasant) who’ll hand you a key to your room, depicting the logo of a long-defunct chain of hotels. You then head through the corridors, brightly lit with bare fluorescent tubes, and up several flights of stairs (sorry, no lift) to your room. Watch you don’t get you hand caught in the fire doors, which close with the same force as Arkwright’s till, sending a loud bang along the corridor as they do so.

Once in your room you’ll be greeted by an interesting array of cobwebs hanging from the ceiling for you to admire. 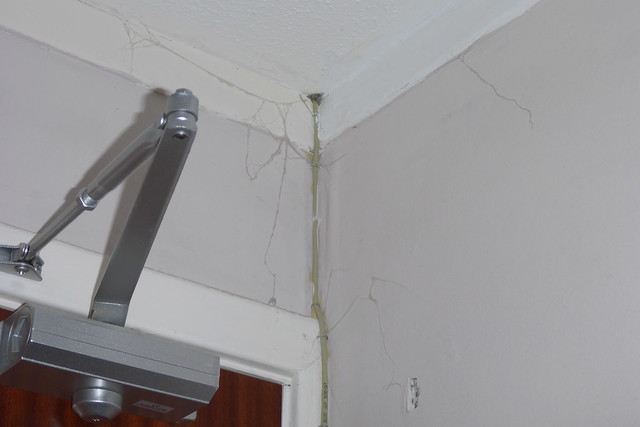 You’ll be helped to acclimatise by the fact the heating (a small and old electric heater) has been switched off and the window left open. The decor is very colourful, with one white wall, one red wall, a blue carpet and brown curtains. Regrettably, you won’t be able to admire the view of a tree out of the window owing to the fact the seal in the double glazing has gone, and the window is all misted up.  You might also notice a half drunk bottle of water has been left on the floor beside the bed for your use (presumably by the previous occupant and ignored by the cleaners, assuming that there are any….). 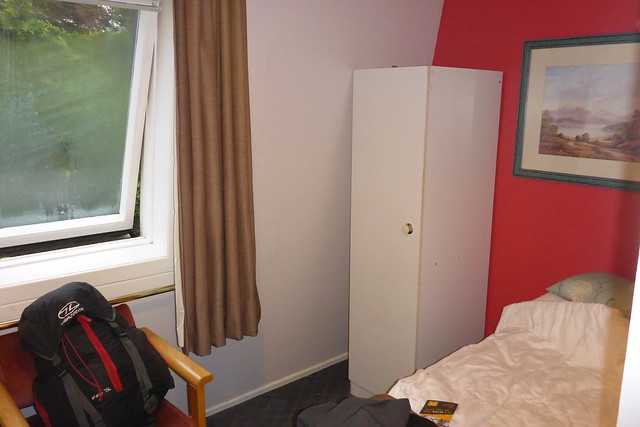 On inspecting your en-suite bathroom you might be surprised to find that there is a toilet and a shower, but no sink (or indeed any soap, or shampoo). Though there is a bath mat, which might be nice if you had a bath (but you don’t). 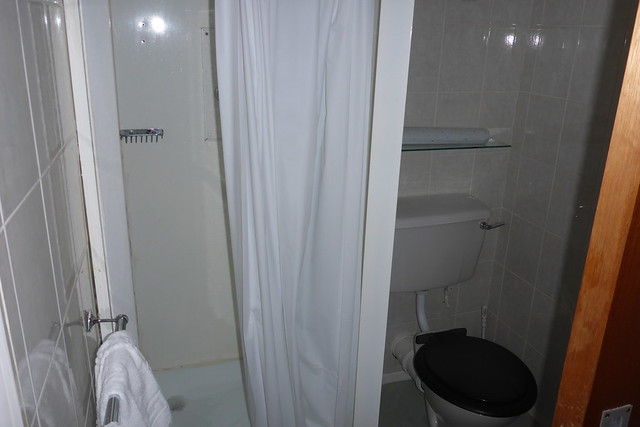 Look further and you realise the sink is in the room itself, meaning you are reluctant to touch the bathroom door handle, knowing that the cleaning leaves something to be desired and it has been presumably well-used by the previous occupants of the room, having had no opportunity to wash their hands after using the toilet. Perhaps you might now want a cup of tea, until you realise that the switch to turn on the kettle has been broken off.

Ah well time for bed. You’ll need to get an early night to prepare for the 2:30am alarm call you will receive when the hotels fire alarm goes off (yes, sadly, this did also happen).  You’ll be lulled to sleep by the restful sound of creaking floor boards and banging fire doors.