This was my second visit to Wallasea Island. When I first walked the coast of Essex, in 2006 and 2007 I had walked a short distance along the path on the north coast of Wallasea Island, but did not make it to the end, mainly because it was a dead-end and rather featureless.

However since then the island has changed. Around 2008 most of the island was purchased by the RSPB to create the “Wallasea Island Wild Coast”. What this means in practice is that many of the sea walls around the island have been breached, to create a large area of wetland on which it is hoped to encourage more birds and re-introduce some rare or lost birds.

So the path I walked on 10 years or so earlier has since been deliberately breached, to flood the land. The footpath mostly remains, but has been diverted to what is now the the coast of the island, and even better, new paths have opened. The project is a joint one between the RPSB and Crossrail, which seems an unlikely partnership but it makes sense since the RSPB is using the earth removed to build the Crossrail tunnels under London to landscape the island.

I drove to the reserve. It is quite remote but you follow the road to Canewdon and then continue on the road ahead. Pass the marina and at a place called Grapnells, continue on the now private single-track road to the car park at the end. From here I turned right and was almost opposite Burnham-on-Crouch. I followed the path along the sea wall, which was easy to follow, if not the most varied. It was a very hot day, clear and sunny with temperatures around 30 degrees Celsius. So I soon stopped on the grass bank for lunch. 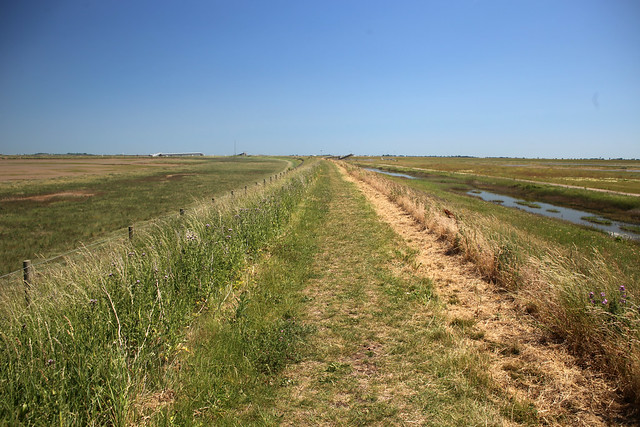 I could see the old sea wall and it’s path and the boats on the river beyond, just visible through the gaps in the sea wall. 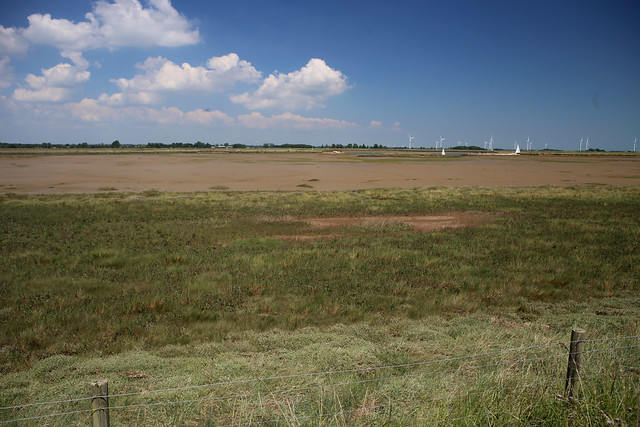 Ahead I was soon surprised to come across some rather more industrial structures, which were not marked on the map. These turned out to be temporary. Earth extracted from under London to build the Crossrail tunnels is transported by boat down the Thames to a temporary dock on the north of the island where a convener system transports it over the marshes behind the breached sea wall for use in landscaping the island. Steps had been provided over the convener so that I could reach the rest of the path. 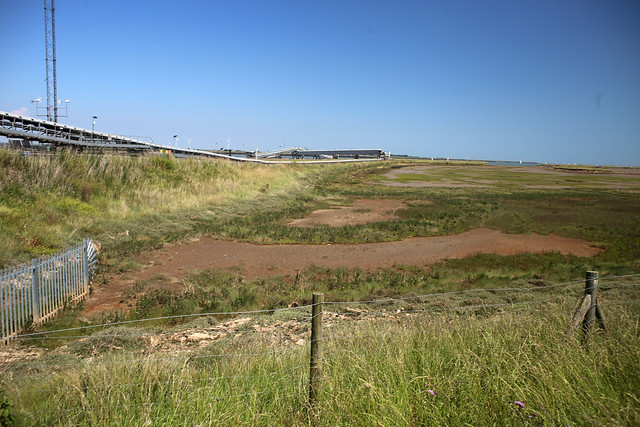 I continued to the very end of the path where there is a wooden shelter. This faces the River Roach with Foulness Island just beyond, which I had visited a couple of years previously. 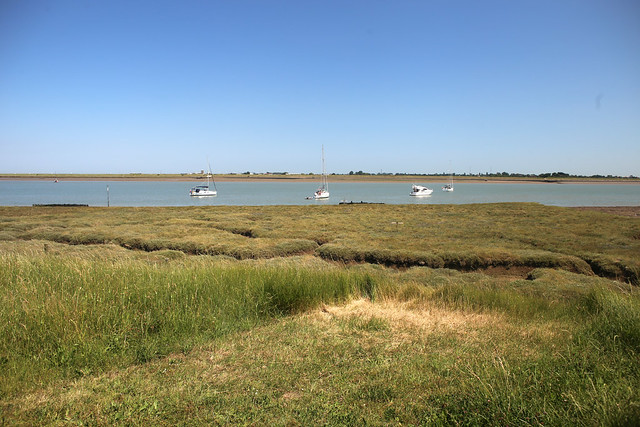 It was a peaceful spot and the rivers around here were proving popular with the boaters, as numerous yachts headed along the river, though a few also seemed to be moored up in the river here. Ahead the sea wall on the east of the island has also been breached (not marked on any maps that I could see) forming more marshes, so this is now as far as you can go. 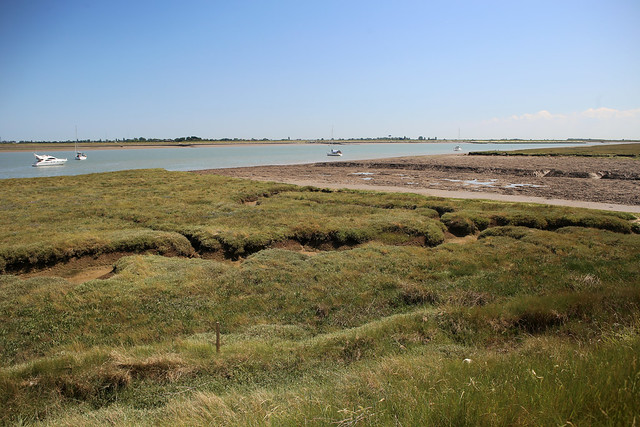 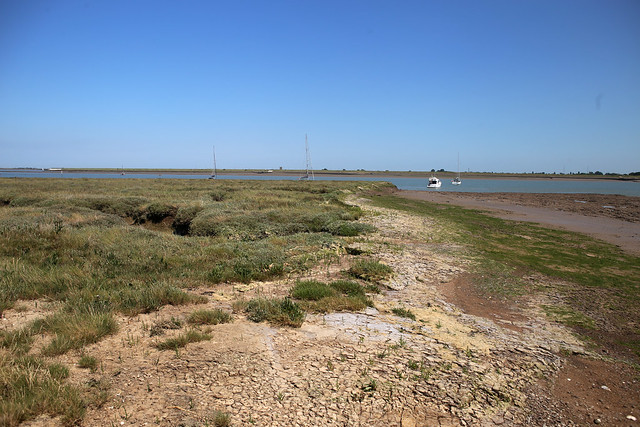 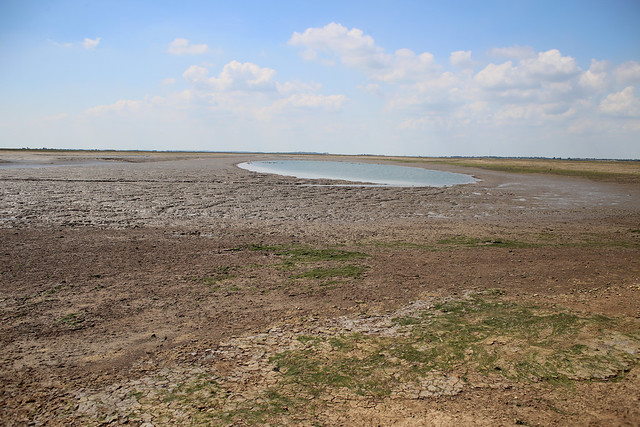 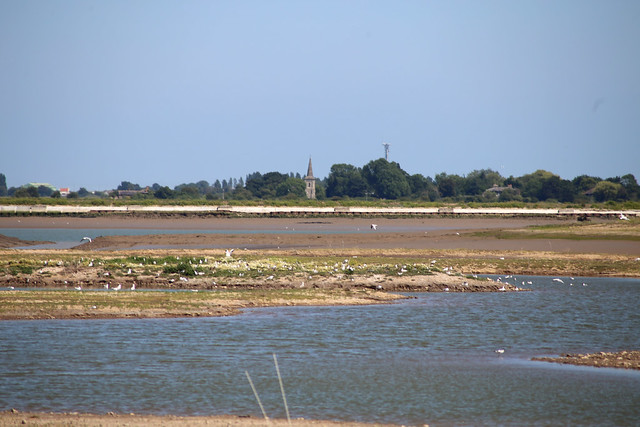 I headed back, but just before the conveyor belt there was another path to “Half Moon Viewpoint”. It was also marked with the name of another trail that I forget. So I followed this. It followed the raised banks around the new area of marshes taking me almost back to the east coast of the island again. 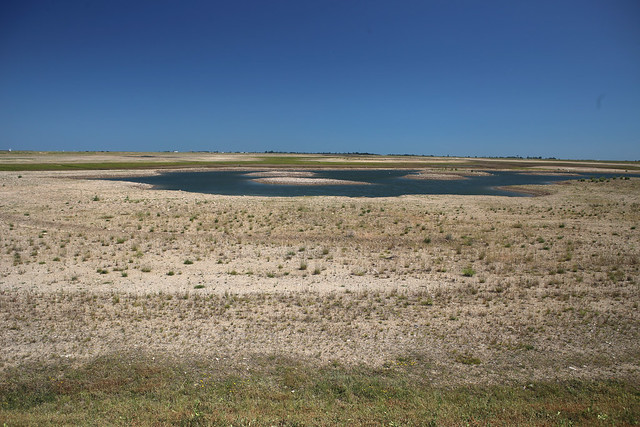 On the way I passed this rather cluttered sign post! Pointing not just local areas but where the birds that nest here (or it is hoped will) come from. 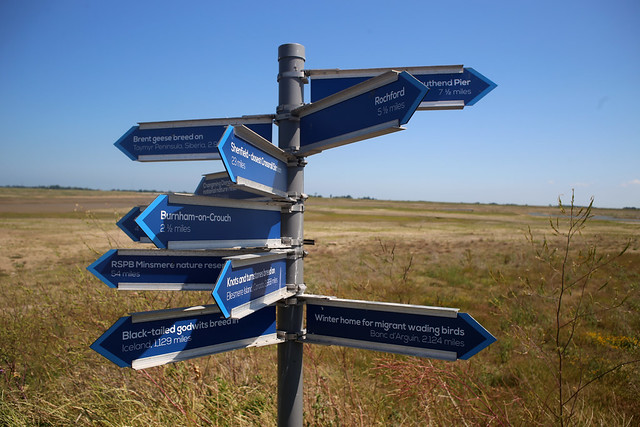 I also passed part of one of the Crossrail tunnelling machines. 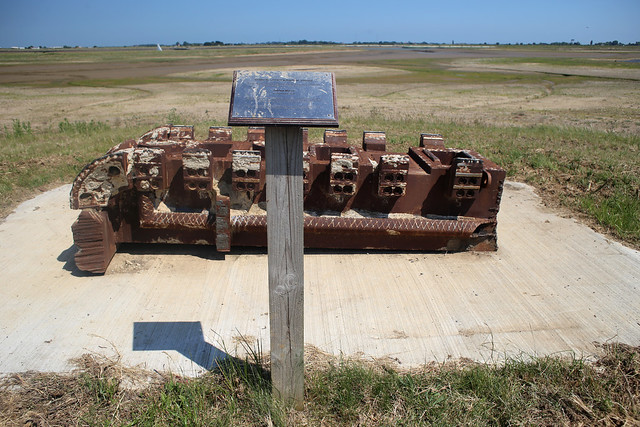 Then the path turned south and eventually took me to the south coast of the island, overlooking the River Roach. 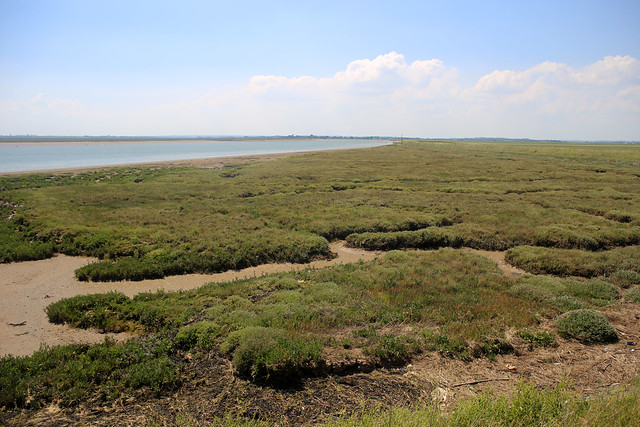 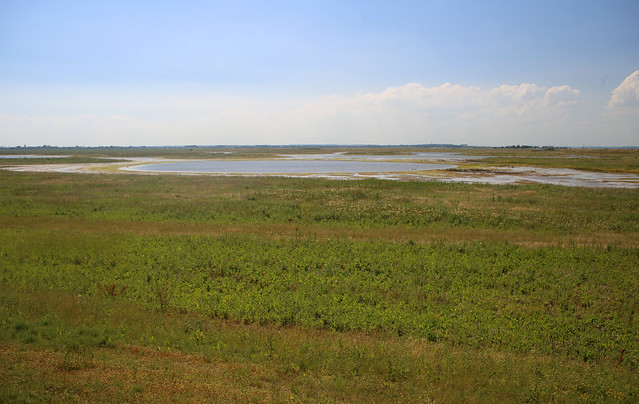 Sadly, and to my irritation (because it wasn’t signed as such), it was a dead-end. After nearly 40 minutes of walking I was a bit annoyed by that, I had assumed, wrongly, that the path would loop back to the car park, but it didn’t.

So I had to walk back again, stopping for plenty to drink. At the car park I did consider follow the path back to the marina, but having done this before I decided that it was time to head home. 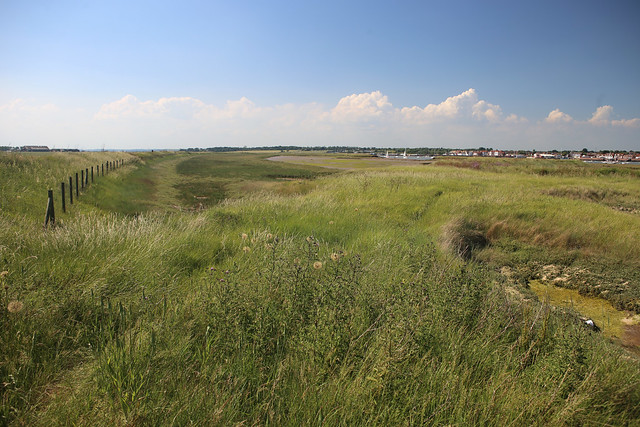 It had been interesting to see what had changed, but probably it is better to wait for this project to be finished (I think in 2020) and come back a few years later, when it has become more natural and established. I’m also hoping that at some point the Ordnance Survey or RSPB might publish a proper map showing the full paths that the public can access around the island. I am not sure if the path I followed is intended to remain a dead-end but in any case a proper map would make this clear.

There is only very limited public transport in the area. Stephensons of Essex routes 60 and 60A runs six times a day between Southend and Canewdon and one bus extends to Essex Marina on the north western coast of Wallasea Island. The bus runs the following route : Southend-on-Sea – Southchurch – Rochford – Great Stanbridge – Canewdon (one bus extends to Essex Marina) – Ballards Gore – Paglesham.