Today is the day the clocks have moved back into winter time. For the last few years this has typically marked the end of my coast walking “season”. This year is no exception. The bits of coast I have not yet walked are all now far from home. The short days and the time taken to get somewhere mean that I really need a longer visit to get some good miles done and the weather tends to be less pleasant for coastal walking in the winter.

So (as of yesterday) I’ve done my last (new) coastal walk for 2016, which was from Carlisle to Gretna Green, so it was nice to finish my walks for this year with a border crossing. Though I could have done without the 2 hour 14 minute delay (!) to my train home which meant it was nearly 1:30am by the time I got home (thanks for that, Virgin Trains). 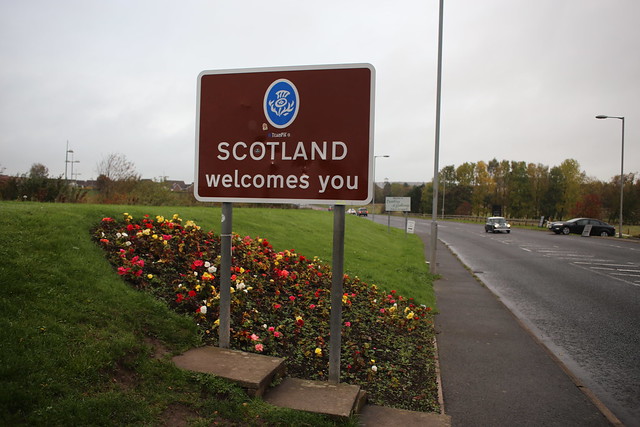 Though I have not walked the coast in order which means I still have plenty of miles to cover. So, as a few people have asked me which bits I have and have not walk, here are the sections of coast that I have walked.

This means the only stretches of coastline I have in England to walk are between Nethertown and Glasson on the west coast and Hull to Withernsea on the east coast. Two long weekends next year should see me complete the coast of England!

This means I still have most of the west coast of Wales to complete (other than a small stretch near the centre) but have walked the north and south coasts (including Angelsey).

This means I have nearly completed the east coast, but I have the north and west coasts still to walk (the west coast in particularly is very long, and much of it remote).

Haven’t decided whether to include Northern Ireland or not yet, but I’ve not walked any of it yet.

Stretching things a bit here, but I have also walked the coast lines of all the Channel Islands and the Isle of Man.

I’m looking forward to resuming my coast walks next year but it probably won’t be until around March time now.