Having first planned to walk around Guernsey in 4 days but actually only taking 3 meant I had a day free. In this trip I had planned to visit Alderney and Sark, but not Herm, as I had walked around the island previously. Having said that, it was more than 10 years ago and I remember setting out from Guernsey in warm sunshine only to find that by the time we had reached Herm, a sea mist had blown in. It lasted all day, so we didn’t see the island at it’s best.

So I decided a re-visit would be in order. The forecast was not promising, but as I set out from the campsite it was dry. I travelled over on the first ferry, which also has the bonus of getting you a discount. I travelled over to the island, but within about 10 minutes, the rain started. It got harder and continued all through the day. 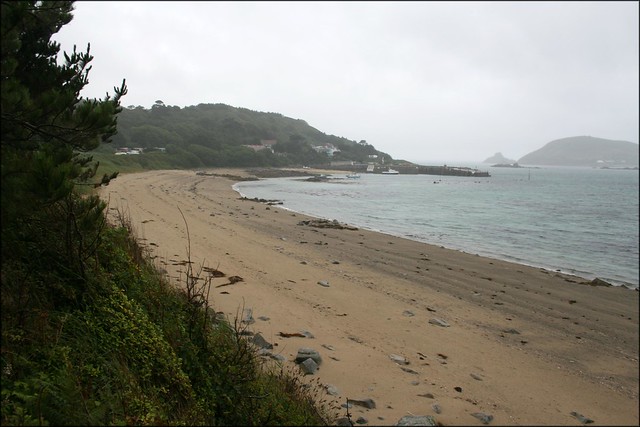 By early afternoon I decided to call it a day and return to Guernsey. In the end I returned to Herm in better weather, so will write up that walk instead.

When I got back I decided rather than head back to my tent I would do something at least partly indoors, so decided to visit Castle Cornet. Since it was once an island and hence borderd by the sea on almost all sides, I decided it was worth including here.

Castle Cornet is located at the south end of the bay in St Peter Port and defends the islands capital. It was originally an island and first fortified by 1256. It has gradually been expanded ever since then and seen much action. It was joined to mainland Guernsey by extensions to the harbour walls in 1859. It last saw (limited) action during World War II and was presented to the people of Guernsey in 1947 and is now open to the public.

I walked out to the island along the lengthy breakwaters. There is an admission fee to pay, but I thought it was worth it. You can climb up onto the walls of the castle for fine views back over the south part of the castle and the town beyond. 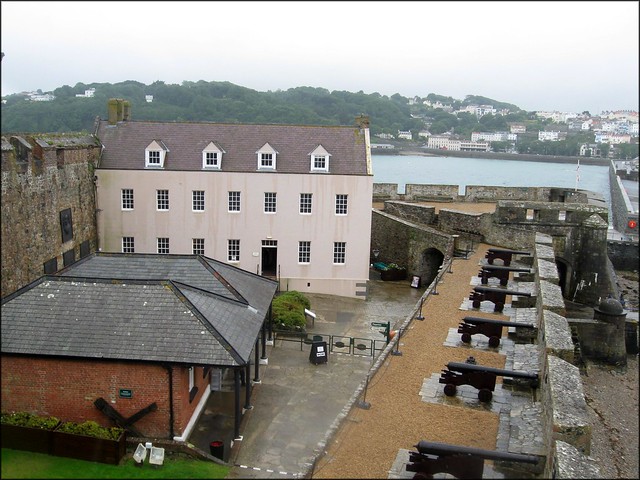 I soon headed along the eastern coast of the castle and here there is a courtyard area between the inner and outer walls. Whilst it may not be that historically accurate, I liked the fact they have attractive gardens on them. 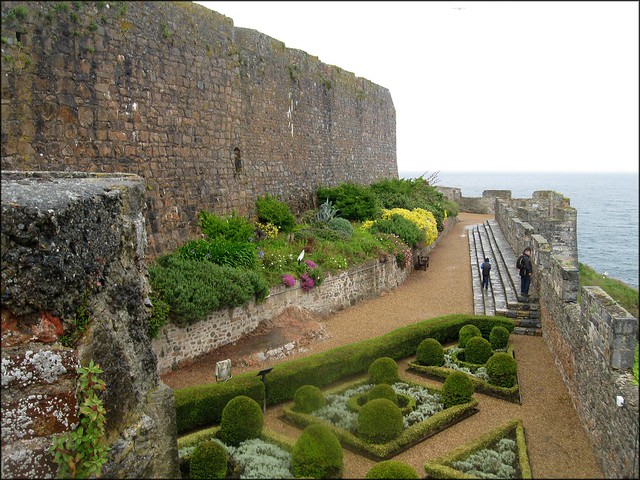 At the far end of the castle you can see how far beyond the castle the pier of the harbour extends, with the lighthouse marking the end of it. 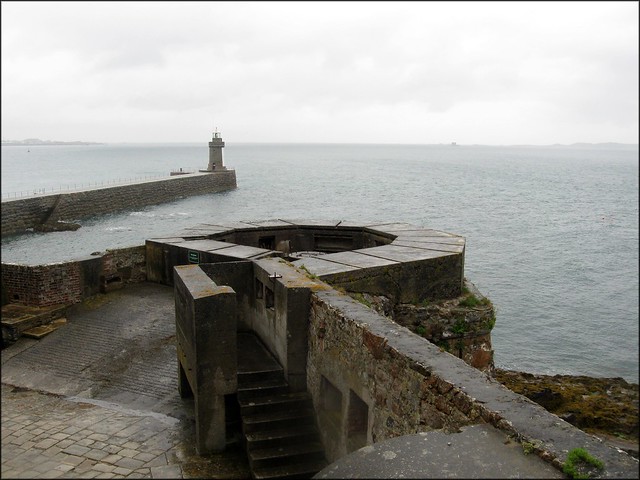 Part of the castle still had houses within the walls, although they now housed a museum and I think a cafe. 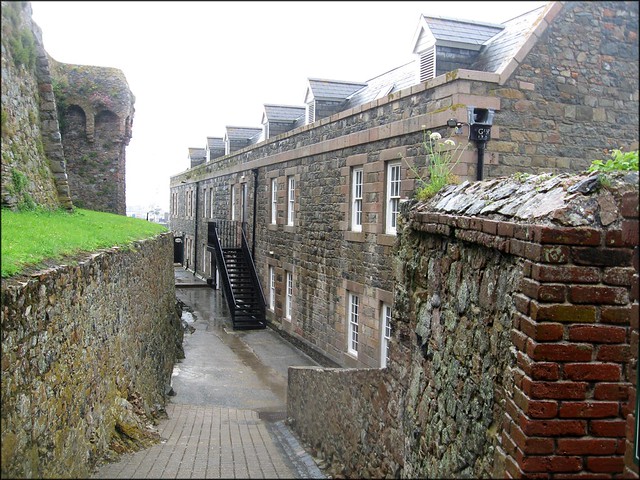 Passing down the western side of the castle there are views over the harbour and here the Commodore Clippers is approaching Guernsey. This is a (primarily freight) ferry that operates between Portsmouth, the Channel Islands and Cherbourg. 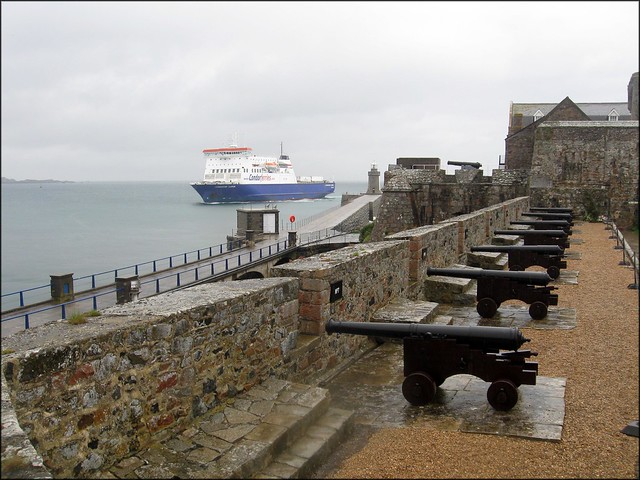 Finnaly, it was time for a view over the harbour and town from the castle walls – I think this illustrates how far out the castle actually is, and how long the harbour piers are.

The castle is large and many of the buildings are given over to museums. I had a good couple of hours exploring the castle and museums and it was time well spent. And it enabled me to dry out a bit, too! Worth a visit if you are in Guernsey I think.