The Bailiwick of Guernsey

If you are a regular reader you might remember when I got to Weymouth I wrote up a walk around the Channel Island of Jersey, as ferries used to run from Weymouth to Jersey. If you were particularly paying attention you might remember that I would be writing up my walk around the islands that make up the Bailiwick of Guernsey when I got to Poole, the other ferry terminal.

Guernsey and Alderney can be reached from the UK, the former by air and ferry whilst the latter only by air. The other islands you can visit, Herm and Sark can both be reached by ferry from Guernsey.

By walking around the Bailiwick of Guernsey I’m stretching the definition of British Coast somewhat, because there are crown dependencies rather than a part of the UK. This means they have a complex relationship, which I admit I don’t fully understand but they are recognised as “territories for which the United Kingdom is responsible”. Hence I am including them here.

The coast path around the islands forms part of a long distance walk, The Channel Islands Way.

Before I start it is perhaps worth getting a few facts and (hopefully) useful bits of information about Guernsey (and the other islands that are part of the Bailiwick) if you are planning to visit or just curious.

For this trip I had planned 4 days to walk around Guernsey, 1 day to walk around Sark and 2 days (including travel there and back) to walk around Alderney. Although I have written this walk on reaching Poole port, I didn’t actually travel from Poole. Instead I flew from Gatwick airport.

I was camping for this trip as there are campsites on both Guernsey and Alderney. I selected to travel with Aurigny because once I factored in luggage they worked out the cheapest. Indeed as it turns out I needed to take two checked bags (my tent and a holdall) and hand luggage and Aurigny helpfully do not charge per bag but rather based on a total weight of luggage, which worked out very useful.

I took the train to Gatwick Airport via Clapham Junction and soon located the Aurigny checkin desk. I was a bit surprised to be told my tent bag was large and I would have to take it to the “outsize luggage desk” once they had tagged it. I handed it to a bored looking man and wondered if I would ever see it again!

Once checked in and through security I bought some food for lunch, as my flight was at 11:50. In the end we were boarded a bit late because they had to wait for a thunderstorm to clear the south coast. It was a turboprop propeller plane, which felt a little out of place amongst the larger planes at Gatwick and we had to get on via steps rather than a bridge, not ideal because it was still pouring with rain at the time and the steps do not offer any shelter.

It is a short flight and the weather had improved by the time we reached Guernsey. Once into the small terminal I was pleased to see my tent and bag both arrived safely at the baggage reclaim so at least I had somewhere to sleep!

I was staying at the Fauxquets Valley Campsite which is not that far from the airport. I picked up the free (and surprisingly good) map from the terminal and found it on there and decided that rather than faff about trying to work out which bus to catch or find a taxi I would walk, it was not far. I soon regretted that decision as with all my bags it was quite hard work! I was glad to turn off the main road with it’s narrow pavements onto what I thought was the right road to the campsite. It was, but the campsite was further down it than I thought.

It was however a lovely campsite (and I see one AA campsite of the year last year). Split into several small fields surrounded by hedges, it had a log cabin shop where the owners offer breakfast (mostly pastries you order the day before I think). There was even a swimming pool and TV room. The toilets block was clean and well equipped and there was even a small farm on the site. The prices were very reasonable too, so I had found a good site. The only negative, which was entirely my own fault for not researching it properly, is that it was quite a walk to the nearest bus stop along a road with no pavement.

Once I had set my tent up it was still mid afternoon, so I took a walk up to Vazon Bay on the north coast. 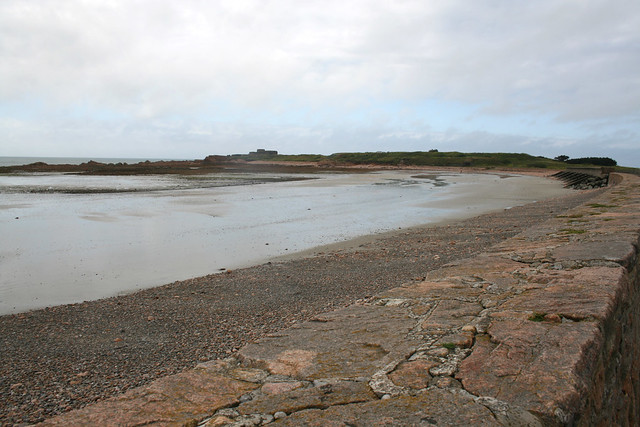 It was a lovely walk but there was a limited choice of food. So I took the bus into St Peter Port to get dinner and then another bus back to St Andrews Church, the nearest stop (I think) to the campsite. I was looking forward to starting my coastal walk the next day! Here are a few photos around St Peter Port. 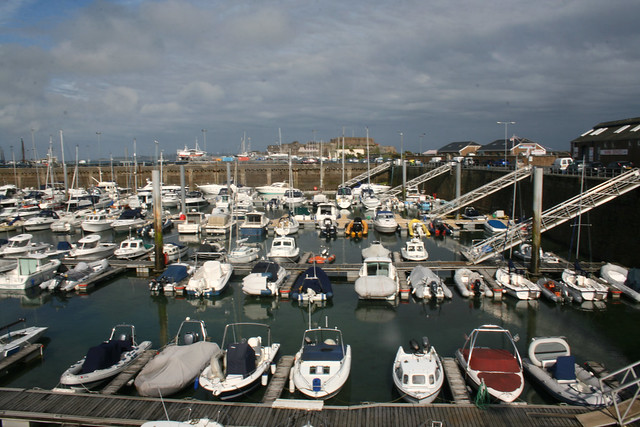 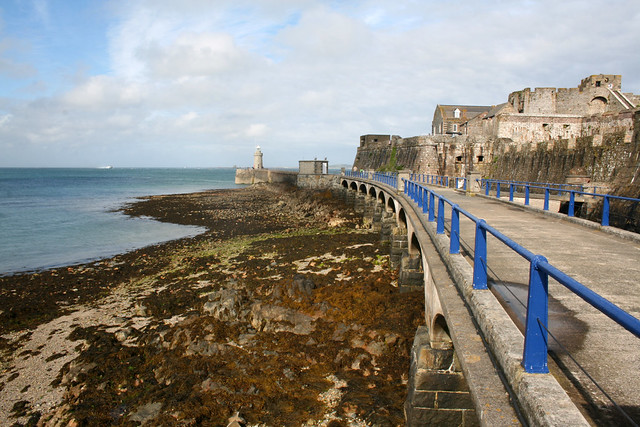 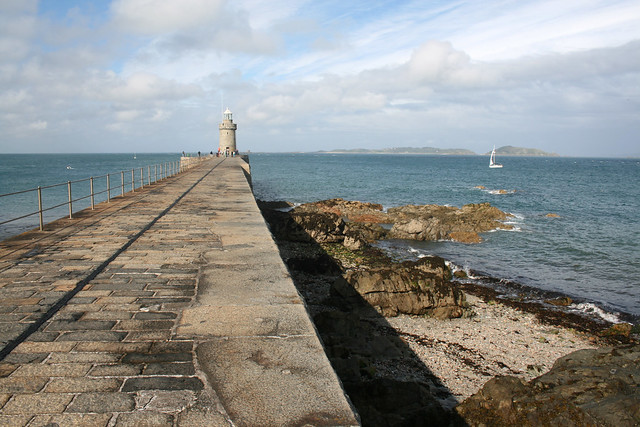 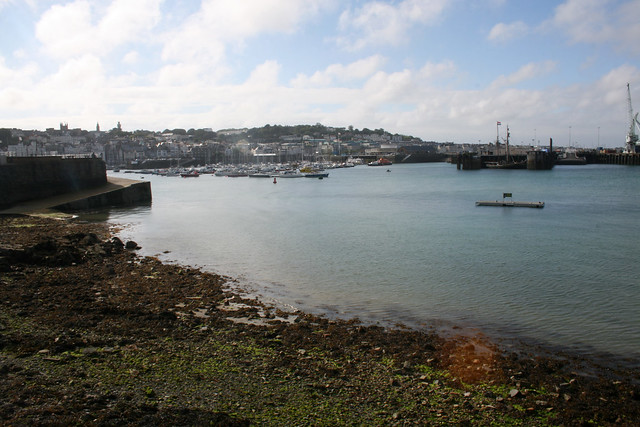 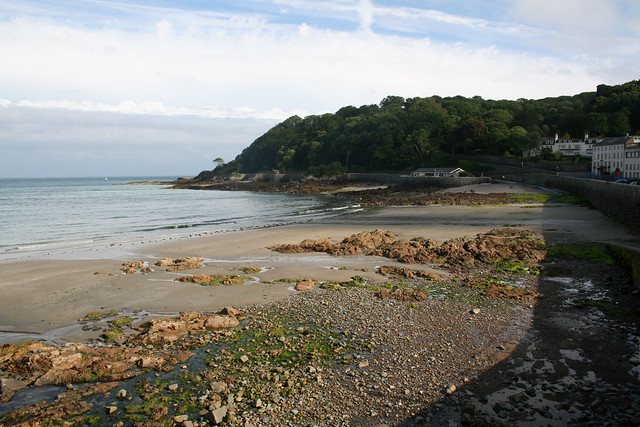 1 Response to The Bailiwick of Guernsey