Although I have been following the Poole Harbour trail around Poole Harbour, there is a fairly sizeable area of the coast that it misses out. This is the Arne peninsula, an area of land that sticks out into Poole harbour and is to the south east of Wareham.

The reason that the Poole Harbour Trail misses it out is likely that there aren’t any footpaths there. Since my rules don’t require me to walk around every harbour and estuary (and there is a ferry over the mouth of Poole Harbour) I decided that rather than walk all the way there from Wareham over roads I would instead drive to Arne and explore the coast from the car park there, which is what I did. And I was very glad I did go to Arne.

I set off from near Christchurch, but it was the Easter bank holiday weekend and the weather was lovely, so it was a slow journey with heavy traffic around Bournemouth and queuing traffic along much of the A351. I made the mistake of sticking to this road around Wareham, but the traffic was so slow I suspect it would have been quicker to drive through Wareham than around it on this bypass.  Still I soon arrived at Arne.

The car park at Arne is run by the RSPB who have a large reserve here and hence there is a parking charge. I think it is £2 for 2 hours or £4 for more than 2 hours. But there are at least toilets.

From the car park I took a short up the quiet road passing the pretty church on the left. 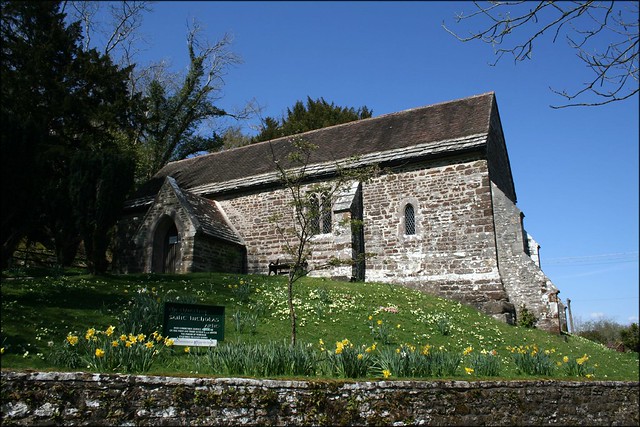 Arne is a hamlet really, so it surprised me to find it had a church, I suspect only a few people live there now. From the church I turned east on the bridleway that heads east. This lead through a boggy area of woodland, but the path was good and it was very beautiful woodland with clearly ancient oak trees. 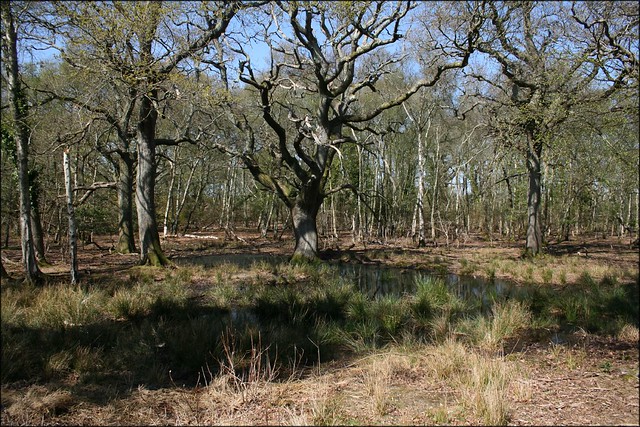 Soon though I neared the end of the trees which meant it opened up to offer lovely views over Poole harbour. The land over the other side is Hamworthy. 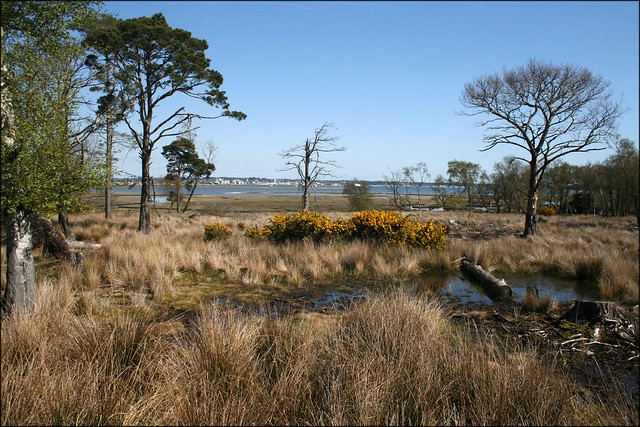 Soon I was right at the shore line looking over the small marshy Arne Bay. It was beautiful and there were a few birds about in the marshes too. Mostly sea gulls of various types, but I also spotted an Egret and Heron. 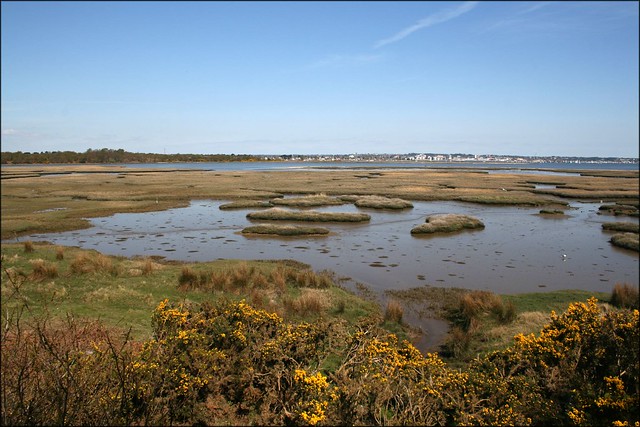 Poole Harbour has numerous islands in it’s shallow waters. The photo above is the view looking south but just off the shore are Round Island and Long Island. The map suggests these are joined now but they are apparently separated by a small stretch of water. These are now joined, except at the highest tides, but the low land between them makes it look like they are separate islands.

Most of the islands in Poole Harbour are privately owned making access difficult. But there is one exception, Brownsea Island which is owned by the National Trust and open to the public for most of the year.

The nearest island, Long Island was apparently accessible to the public until 2007 and local boat owners used to run pleasure boats to the island. Sadly I was too late though. The island was put up for sale in 2007 and public access no longer possible. An application to have paths that had been used recorded as rights of way (which would have permitted the public continued access) was turned down in 2009 by Dorset County Council. The island was sold (for a reported £3 million) in 2010 and public access is no longer possible. A shame.

Just south is Round Island. This too is privately owned but there are houses on the island which are rented for holiday accommodation, so it is possible to stay there. I admit to being tempted, but the cheapest rate is £110 per day, with a minimum stay of 4 nights meaning to get to the island would cost over £400. Whilst I would like to, that is rather too expensive.

Finally I could also look over to Brownsea Island. 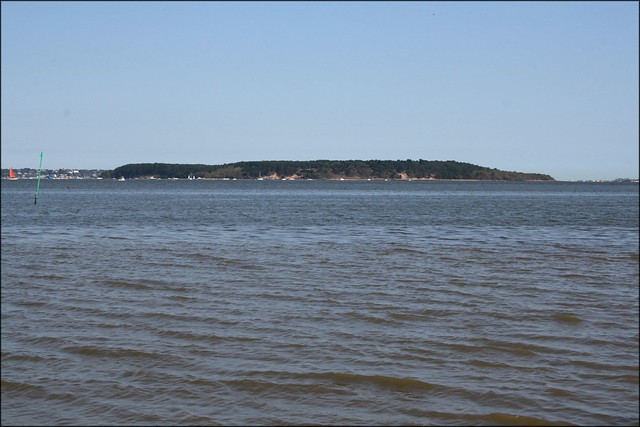 This one I have been to, it is one of my favourite places to visit, but I’ll save that for another time.

The beach here was a mixture of sand and shingle, something I hadn’t expected, I had assumed it would be too far up the harbour for a beach. It was popular too, with boats for hire and the shallow waters of the harbour make for a safe area to go boating. 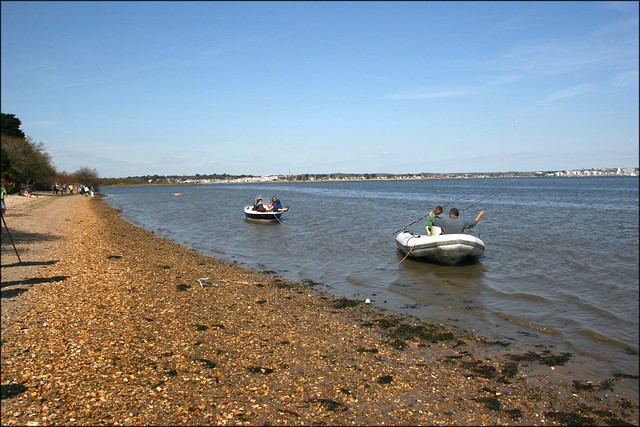 I walked south along the beach and another surprise was that there are cliffs here. 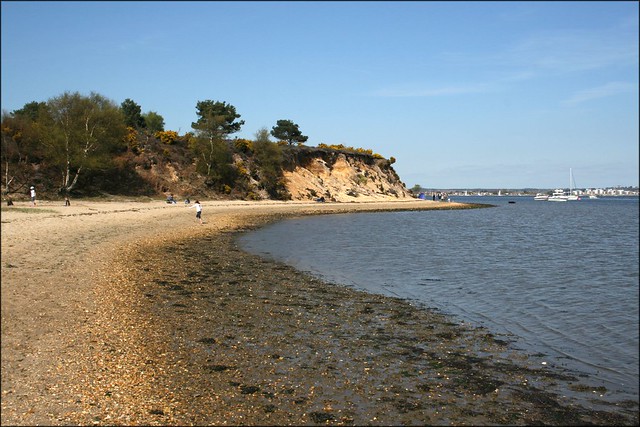 I had expected low lying salt marsh rather than sandy cliffs with heathland on top. It is a really beautiful place. Having reached the end of the beach I headed back and took the path up onto the cliff top. The extra height offered a better view over Round Island and Long Island. 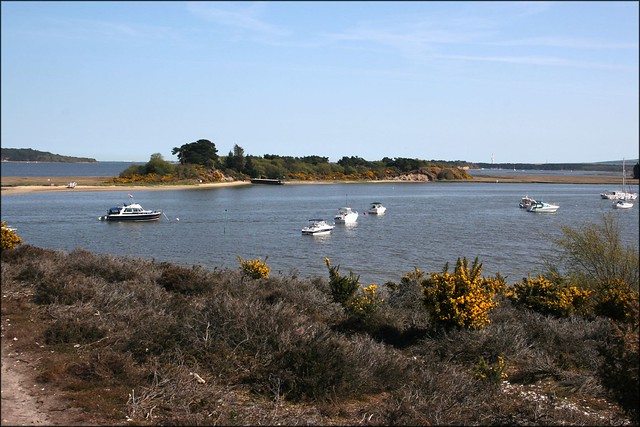 The marsh between the islands is more obvious here and the island too have low cliffs.

Looking left of Long Island I could also look over the length of Poole Harbour and see the mouth of the harbour at Sandbanks. 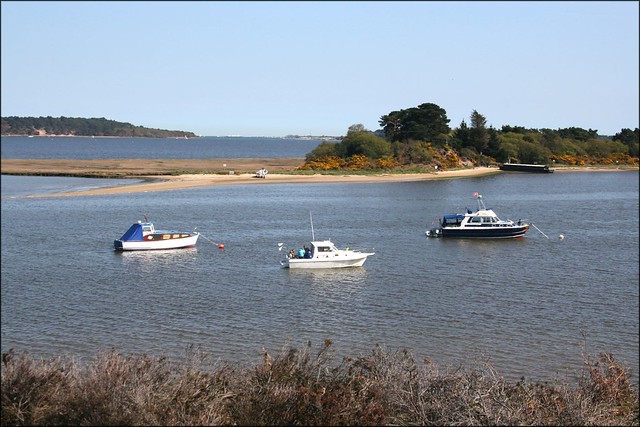 Having now explored all the coast that is accessible here, I returned back over the heath. 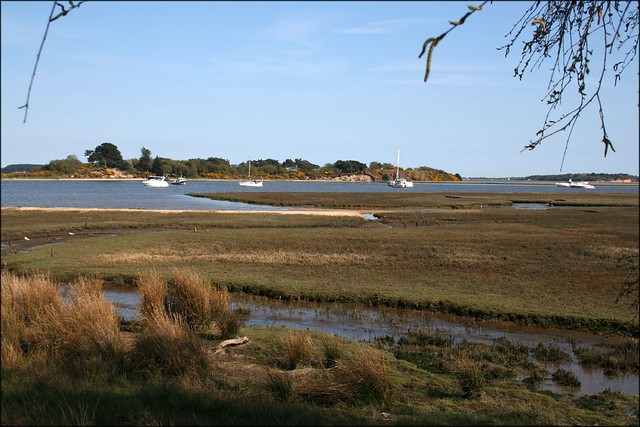 As I gained height with the path it was time for one last look over the harbour through the trees. 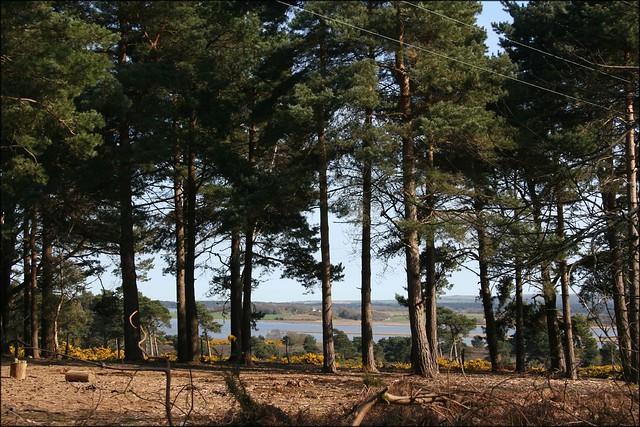 I then followed the paths back over the heath and back to the car park. This was hardly a long walk, I probably covered no more than 2 miles. Despite that, I was glad I made the effort to come to this remote part of the coast. It was beautiful, with the heathland and cliffs a particular surprise and the good views over the various islands in the harbour. I would certainly recommend making a visit.

There is no public transport access to Arne. The nearest place served by public transport is Stoborough Green, which is a little over 3 miles from the visitor centre and car park. There are often taxis at Wareham station (around 4-5 miles away).

Here are the photos for this walk : Main Link | Slideshow