For our last day in Jersey we had a fairly relaxed day at the campsite but later wandered down to St Brelade’s Bay. It was, once again, a beautiful day so it was nice to spend some time relaxing on the beach. 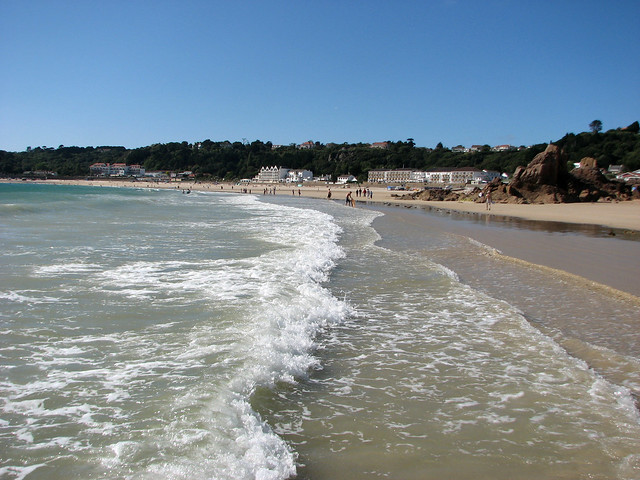 It headed down to some of the rocks in the sea to watch the waves breaking over them, something I can happily watch all day! 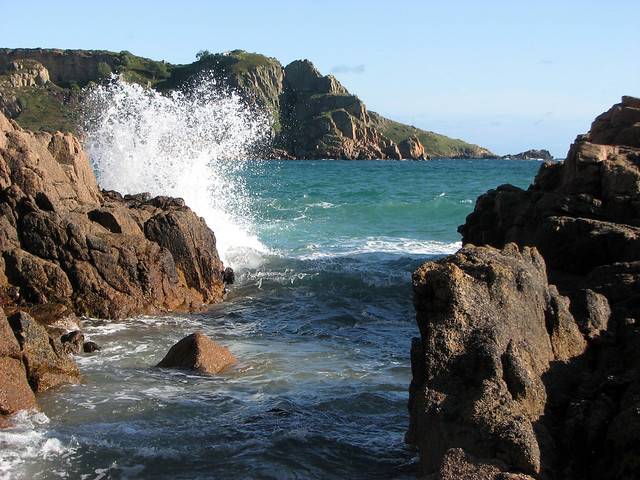 It was really good to spend the day relaxing. We were not really sure how long it would take to walk around Jersey so had allowed a week, which turned out to be ample, leaving us two free days. 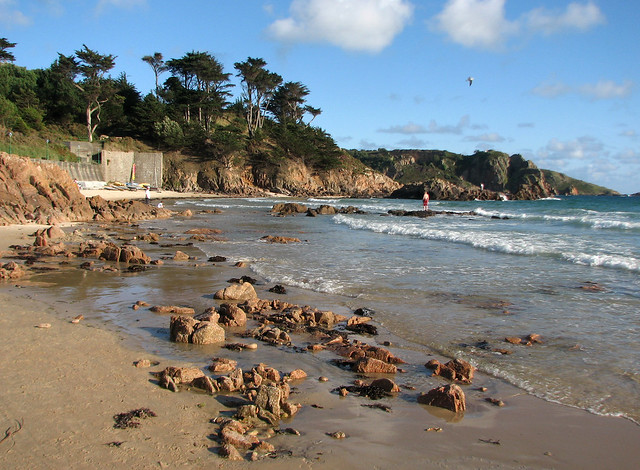 We had dinner in St Brelade and returned to the camp site in the evening.

On our final day we had to head home, but first there was time to head down to the beach at St Brelade again.

Once again, a beautiful day.

Sadly it was then time to return back to our campsite and pack away the tent. We soon packed up, it always takes much less time to take down than put up! Then we took the bus round to the airport.

The airline that we used, Blue Islands have an unusual setup in that they have their own private lounge at Jersey Airport, for use by all passengers (rather than just 1st class). So once checked in, we could relax there and take advantage of the free tea and biscuits! Soon it was time to board. As on our way out, it was a little Jetstream plane and this time I sat in the aisle and Alex had the window seat.

Soon we were taking off and passing over St Ouen’s Bay. It was nice to see the coast we had been walking from the air and indeed, much of the island. 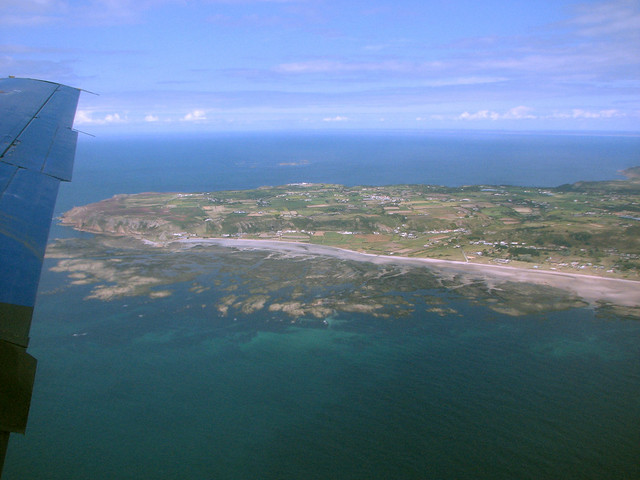 We soon had a view of the whole north west corner of the island, where we stated and finished our walk.

Soon sadly the island was receeding into the distance. 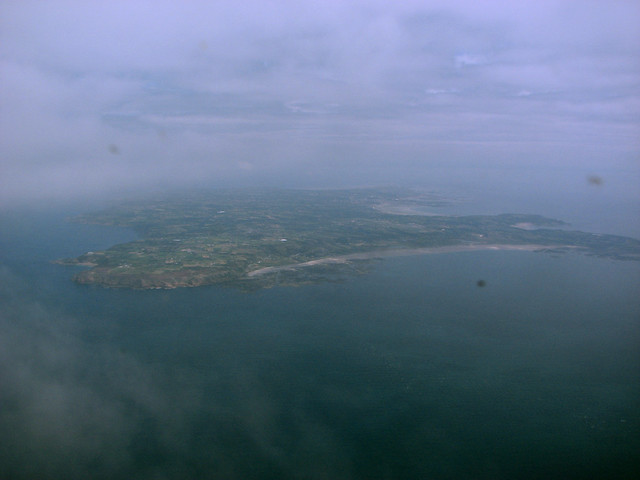 However we could now see more or less all the coast.

We were then over sea for a while, but soon passed over the Isle of Wight – this is Yarmouth. 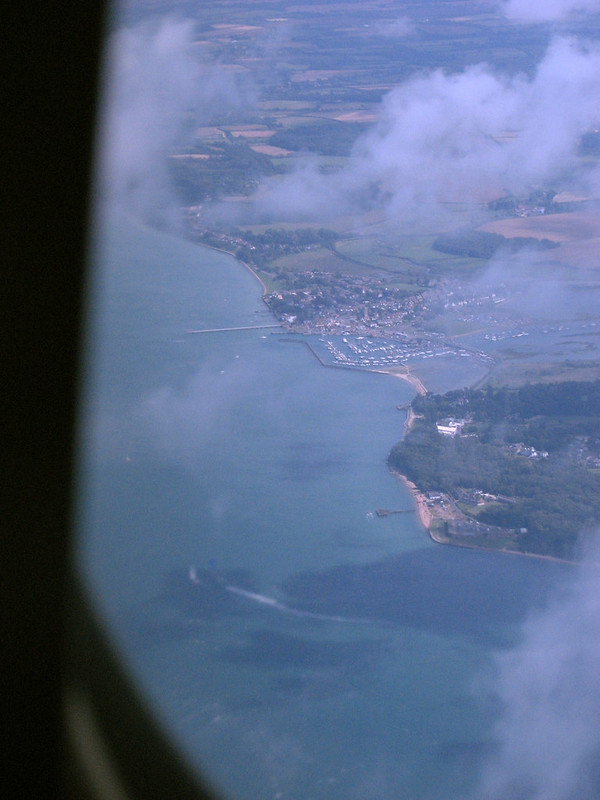 As we came into land we passed over the New Forest, the heather here too was about at it’s best. 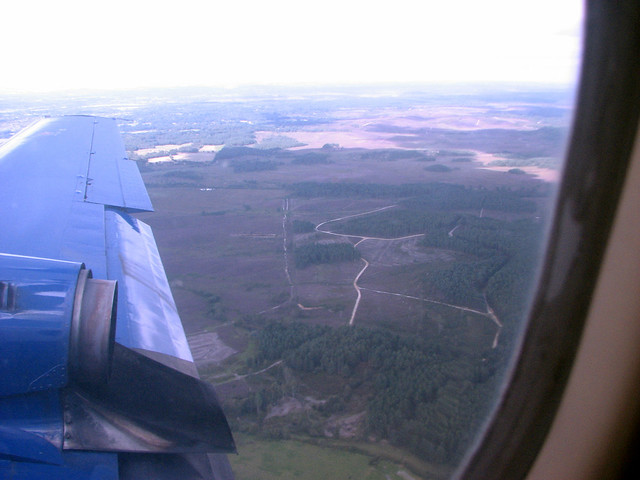 And finally, we had arrived back at Bournemouth. 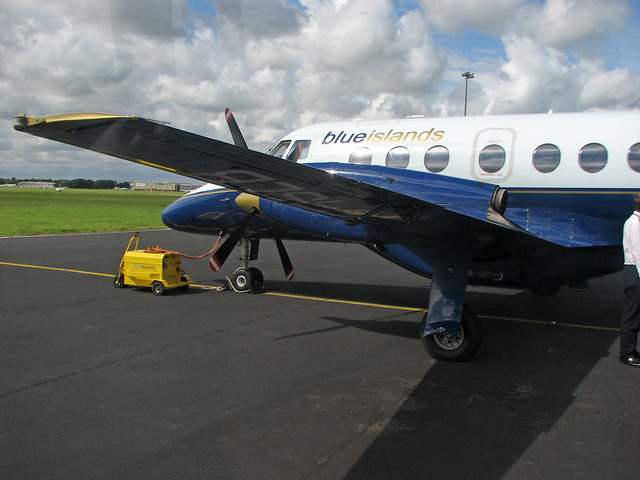 It did not take us long to get through the airport and back to my car, where I then drove us home. We had both had a wonderful trip and really enjoyed it. A few years later we made a similar trip walking around a different island, but I’ll leave you to guess which one.